Wow! I can honestly say that I never saw that coming. After my last blog post where I announced that I’d been shortlisted for three different categories in the PPOTY awards, it was later announced that I had won the Location Flash category in the Professional Photographer of The Year 2013 awards with a photo I’d taken in the London sewer system. Something I found out one morning while still lying in bed, casually checking Facebook on my phone. Zebedee from the Magic Roundabout couldn’t have sprung up faster than I did at that point.

As a category winner I was invited to the awards evening held at the Manor by The Lake in Cheltenham, a smartly dressed affair with a great chance to meet the other winners and runners up to find out more about everyone’s work. The few events such as this I’ve been to in the past I’ve got used to turning up, feeling a little out of place and sheepishly chatting about my relatively obscure work compared to all the other amazing photos that are on show.

But not this time.

On arrival before I could even open my mouth to confirm who I was on the door, art editor for Professional Photographer magazine Rebecca Stead recognised me from the previous year’s competition, greeted me and handed me a name badge. She remarked that I was the only person there that evening that was at the previous one. Wow. Suddenly I felt unusually relaxed and comfortable, helped massively by the fact that the category winners were already announced. With the Location Flash category to my name, I was a very happy man indeed!

I got to meet some fantastic photographers that night and hear them talk about their award winning images, it was truly amazing and humbling to meet so many talented people in one place. But then at the end of the night, was the one announcement that everyone was waiting for. The overall winner.

When the overall winner of the title “Professional Photographer of The Year 2013” was announced, it didn’t hit me. It wasn’t until judge Kate Hopewell-Smith said my name again that I realised! What an honour. 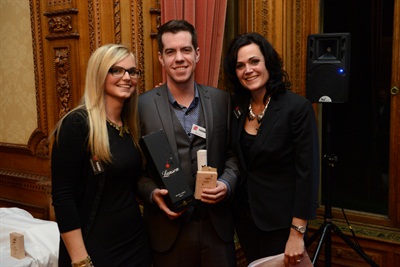 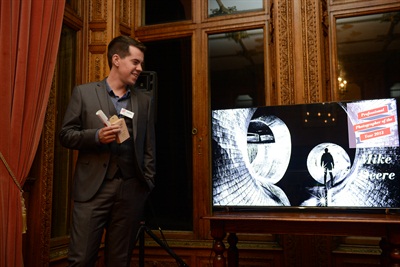 In a state of shock, my speech went into autopilot talking about the photo and how I created it. But I really can’t thank the judges of the Professional Photographer of The Year 2013 competition enough. As well as Kate there was Mick Cookson who was the judge for the Location Flash category and PP Mag editor Adam Scorey who unfortunately couldn’t be there on the night. Being judged by such talented and renowned people in the photography industry makes the whole thing all the more incredible, knowing that it’s down to genuine appreciation of the photo even among some of the best photos I’ve seen; rather than votes, likes, comments or page views.

As well as the judges, I’d also like to thank Graihagh Jackson, Marc Venturini and Ali Costelloe who helped me to create the image in January this year. If you want to hear more about how I made it though, you’ll have to stay tuned for a future blog post… 😉