Box Freestone Mine is one of those places that I’d wanted to visit for a long time before I got round to it. When I finally did I barely took a single photo, witnessing the place itself was a whole lot more awe inspiring than any photo could portray. 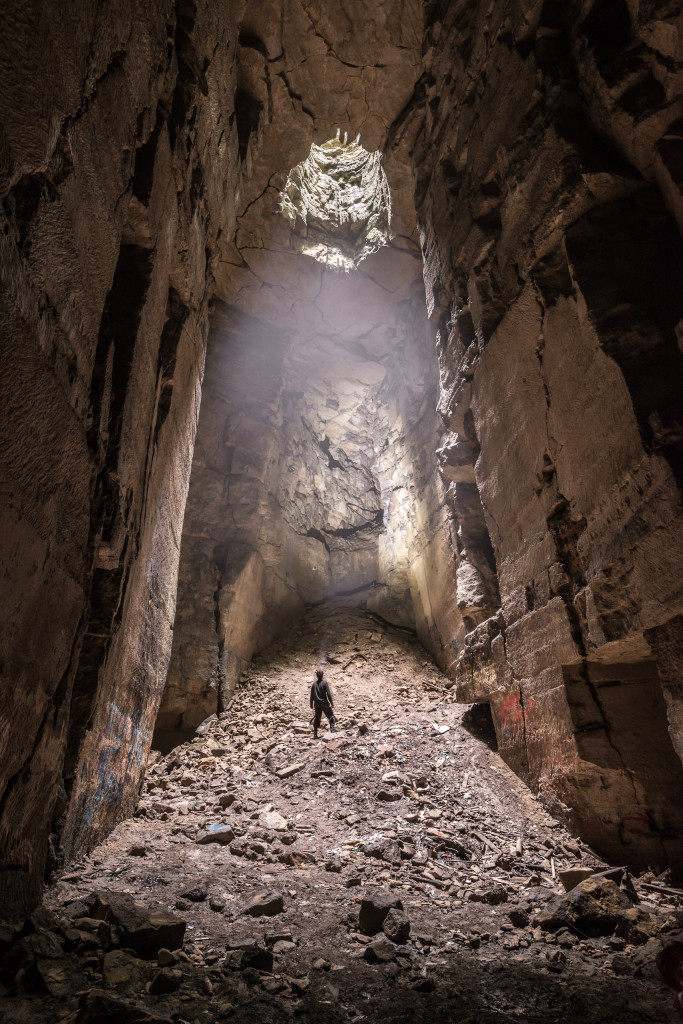 I was hooked. Another four visits took place over the following two years, during which I actually took more than three photos as I did on the first trip. The aptly named “Cathedral” chamber is pretty unique as far as underground spaces go. It kinda makes you feel like you just tumbled down the rabbit hole. 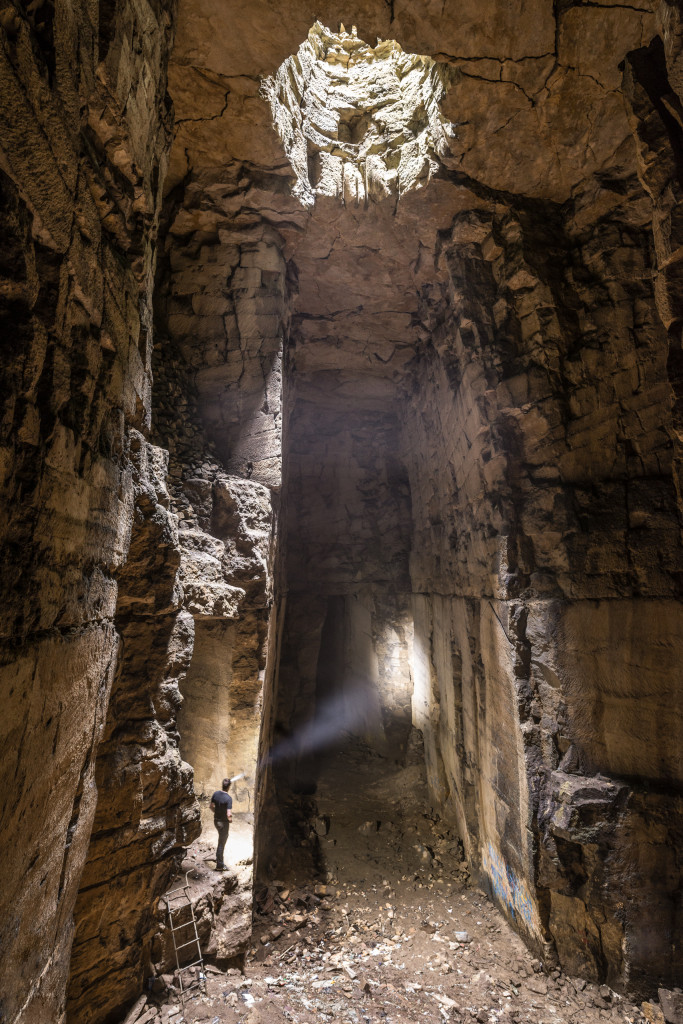 Aside from Cathedral, there are no other points where natural light penetrates into the mine. There are some 90km of pitch black tunnels. 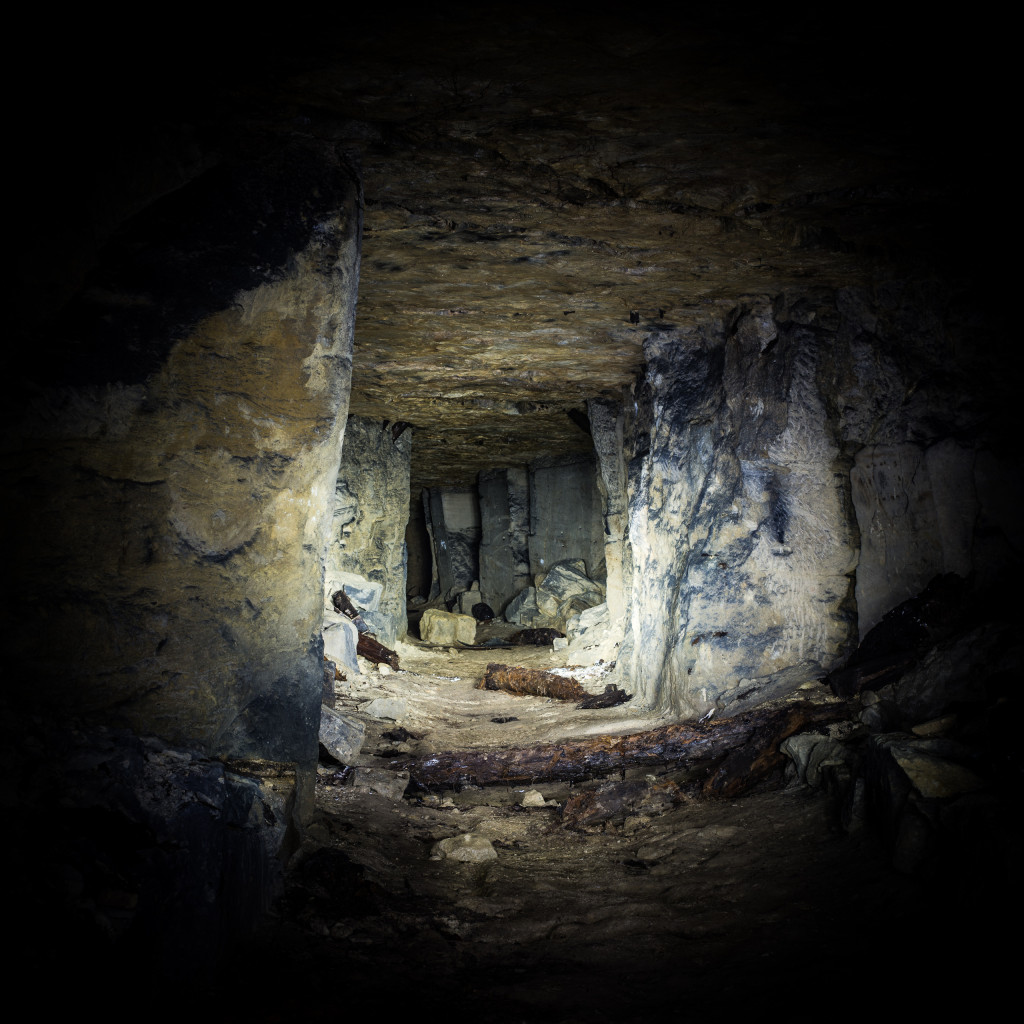 Towards the east end of the workings are a series of brick monoliths and “robots” built over the years by visitors to the mine. 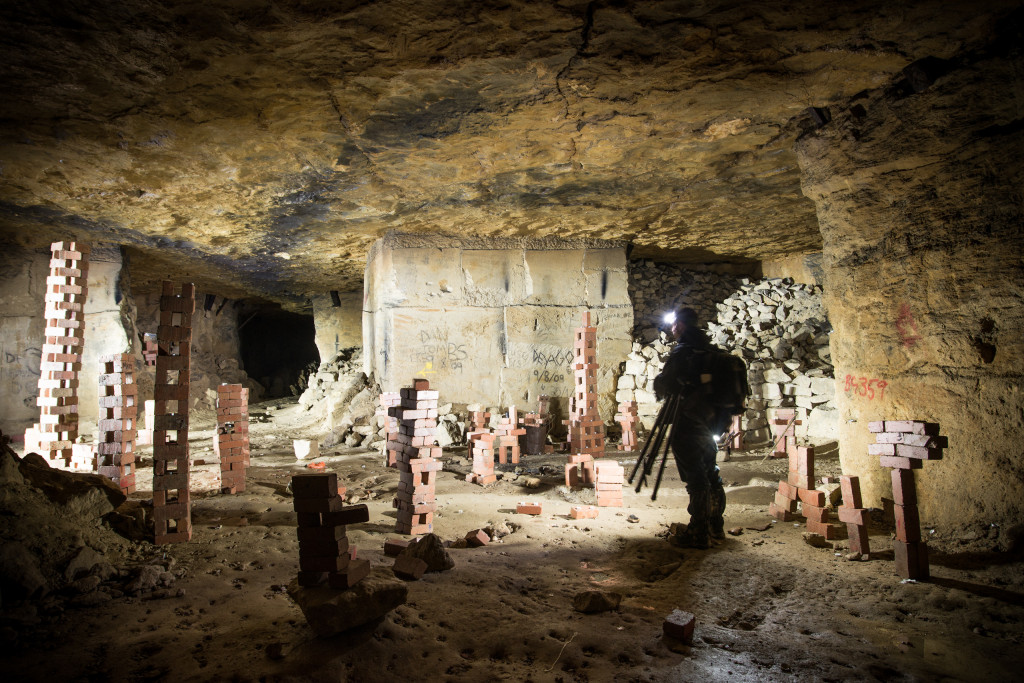 Also to the east end of the workings, there are are two ventilation drifts that connect Box Mine to a series of MOD owned underground quarries. 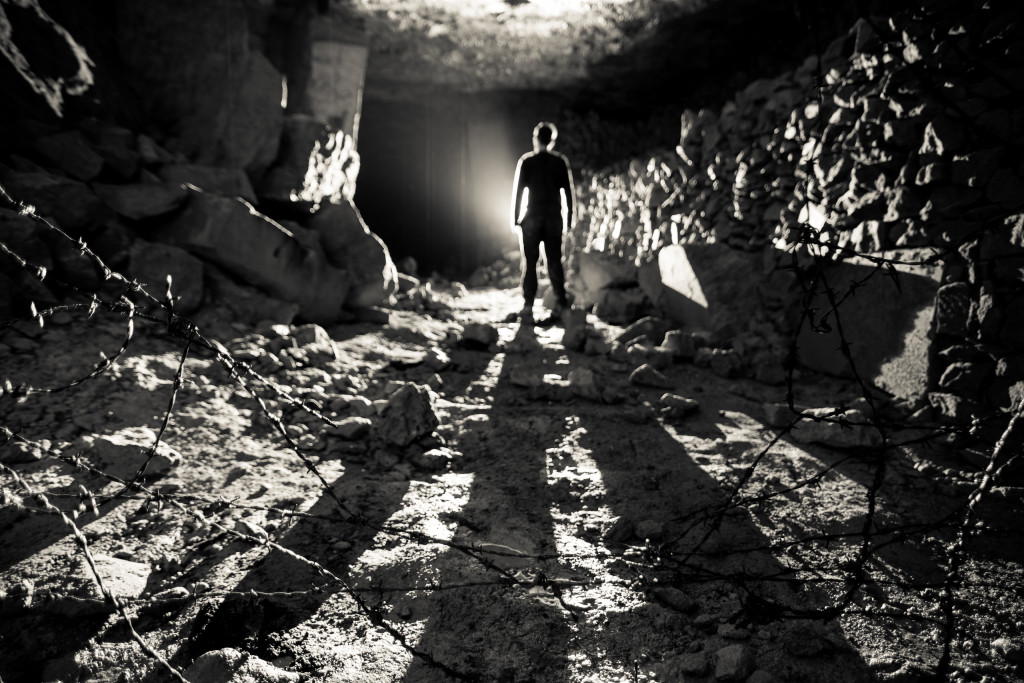 Barbed wire and large metal gratings once protected the drift shafts from intruders, though since the MOD’s declassification of the sites these have been neglected. 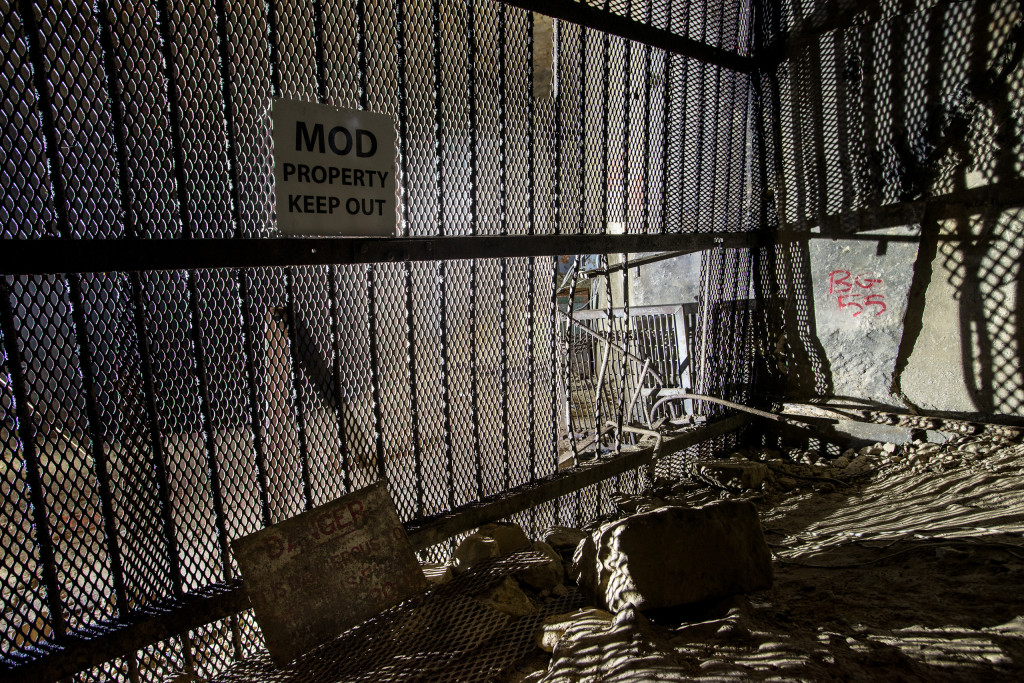 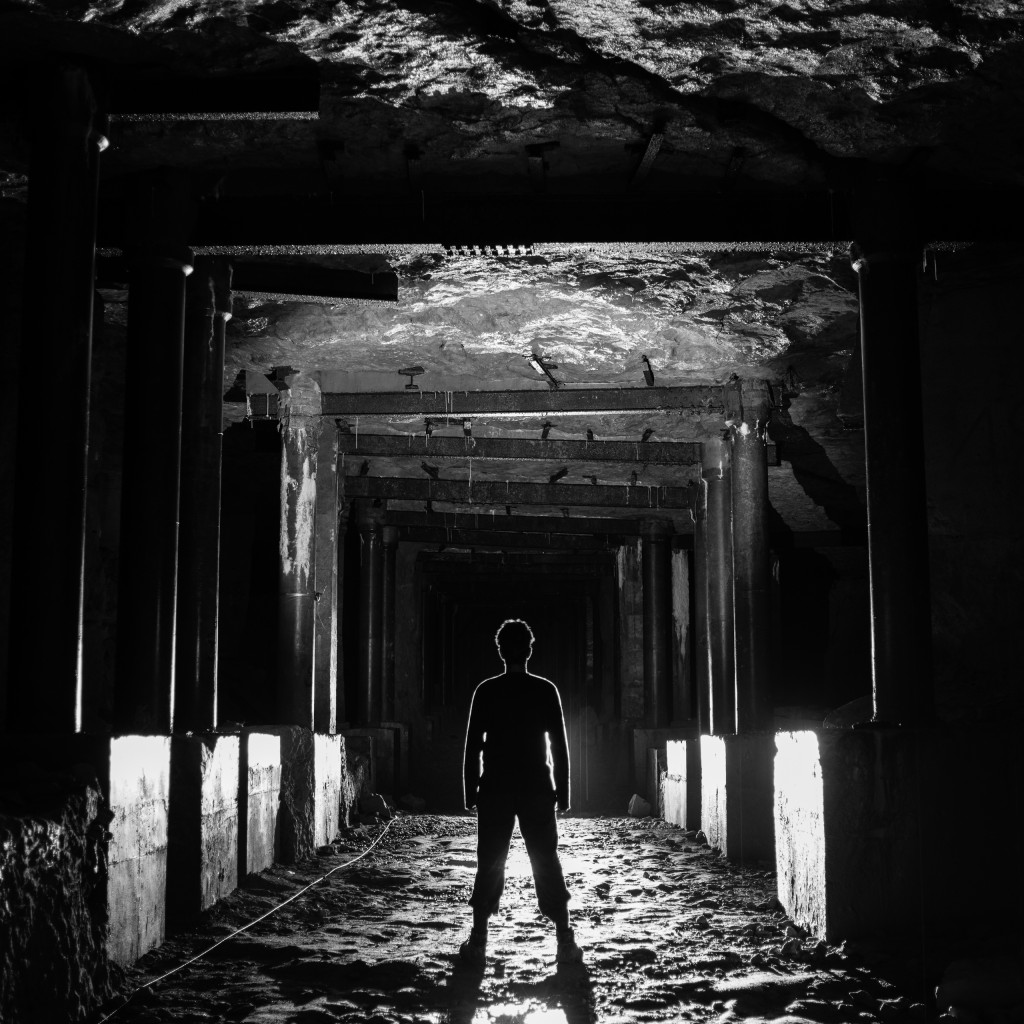 Brewer’s Drift, which provided ventilation for the MOD owned Tunnel Quarry, also goes by the name of “Heart Attack Alley.” At the far end of this drift lies a dead end with a single red blast door leading to the MOD owned area. 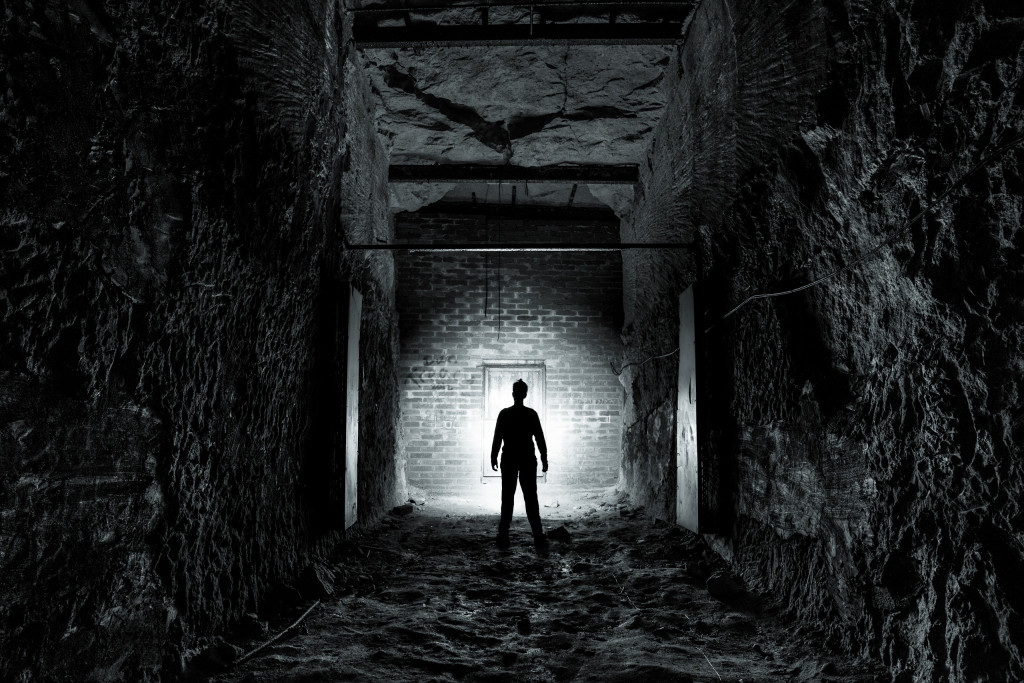 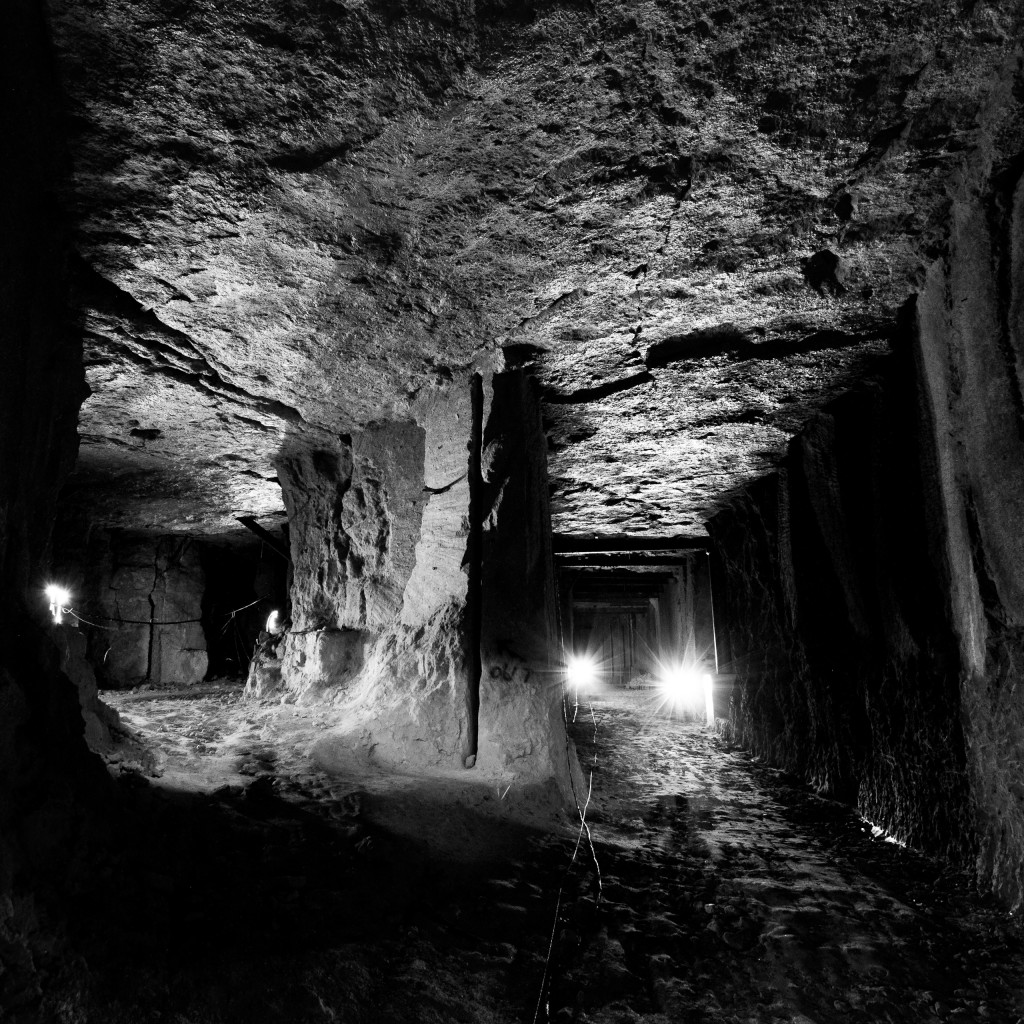 Heading back west brings you to Groundstone Quarry, which Brewer’s Drift cuts through. Following the south passage to the left in the above photo brings you to the other ventilation drift, which is called Wind Tunnel. This also contains a long breached anti-personnel grating. 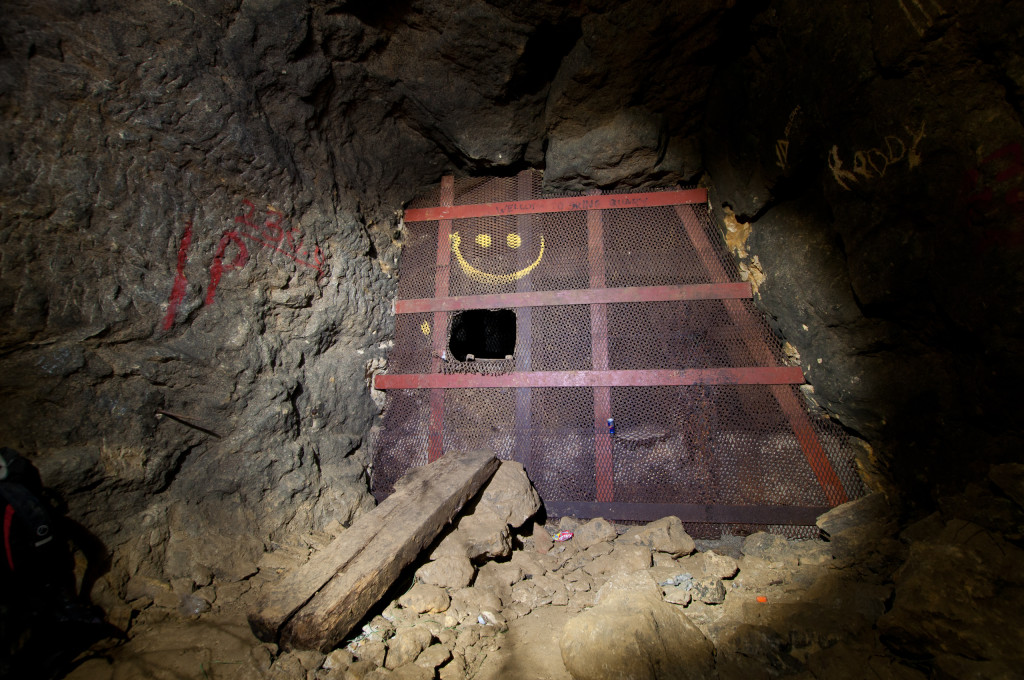 At the east end of Wind Tunnel lies another single red blast door. This leads to the MOD owned Spring Quarry, although has long been sealed shut. 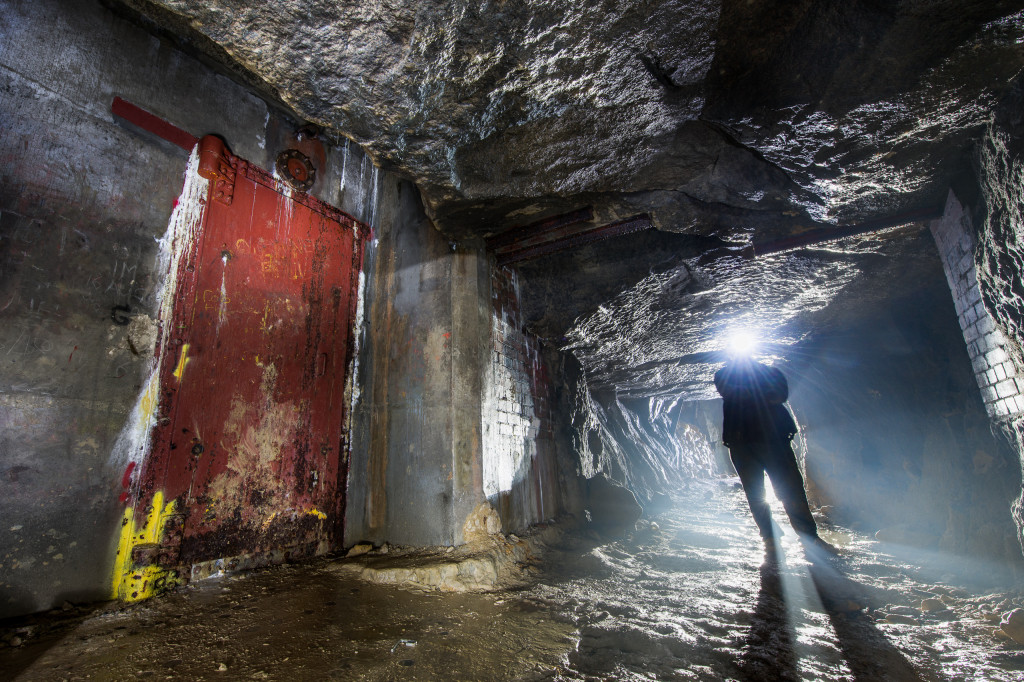 After many tiring hours underground, we made our way out to make camp for the night. 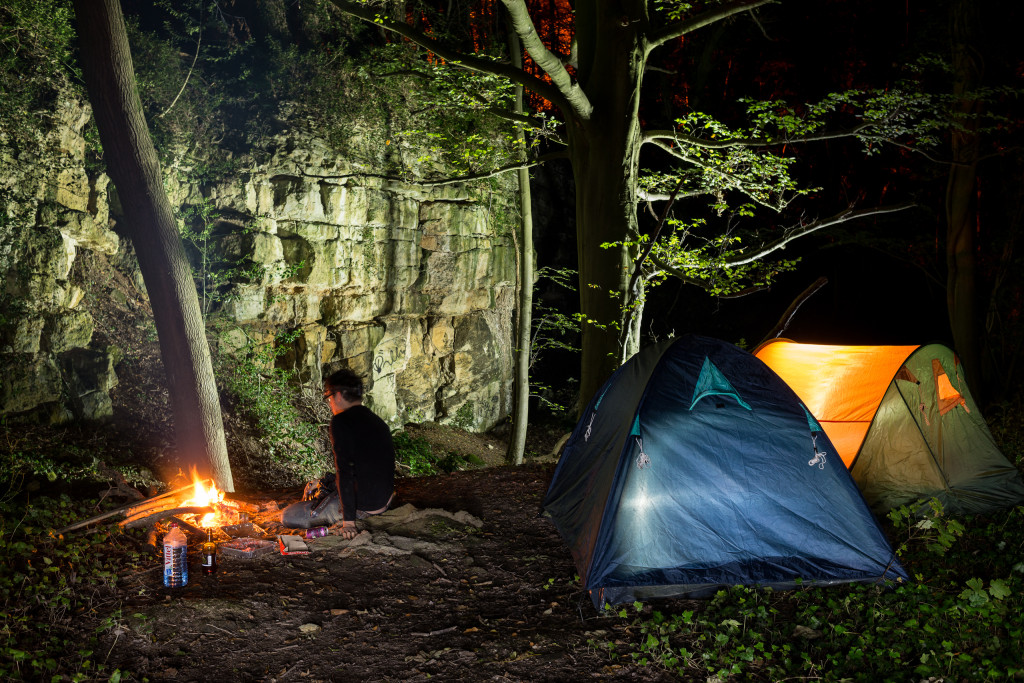 The first light of morning penetrates the Cathedral chamber, highlighting a cloud that has formed as moisture begins to evaporate in the chamber. 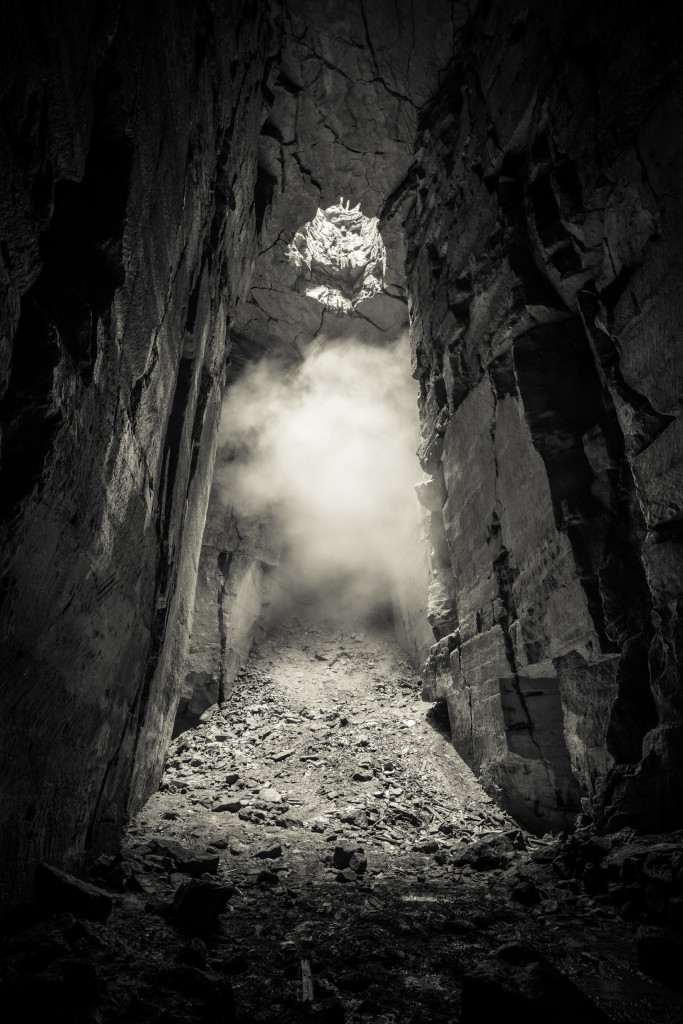 This time we head north from the chamber, where the passages quickly narrow back down again. 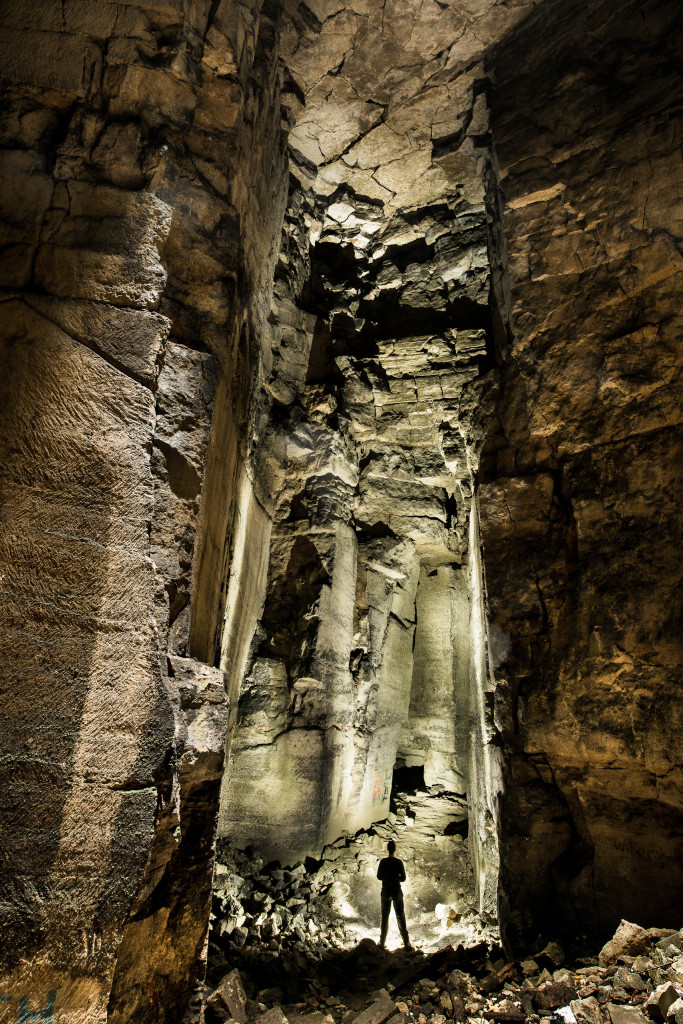 When the workings closed for the last time in 1968, workers left many tools, drink cans and bottles. Even a few pairs of their work boots remain. 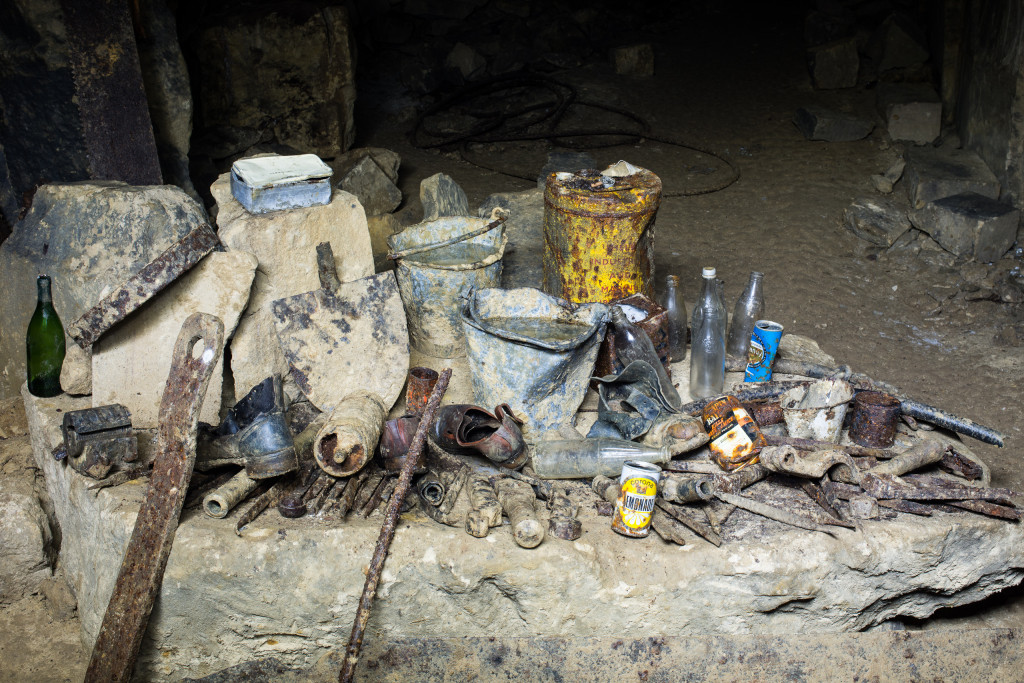 A winch truck remains on the rails within the Northern region of the workings. 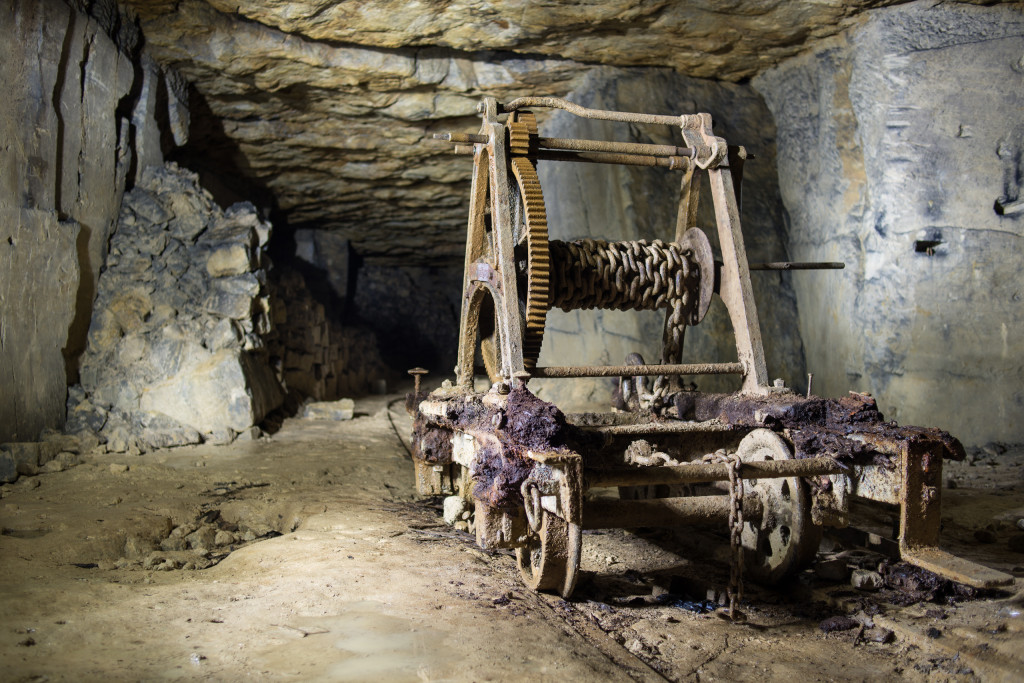 Small piles of “deads” adorn a lot of the mine’s 90km of passageways. These are fragments of material that were unsuitable for quarrying, so were simply left in the passages. 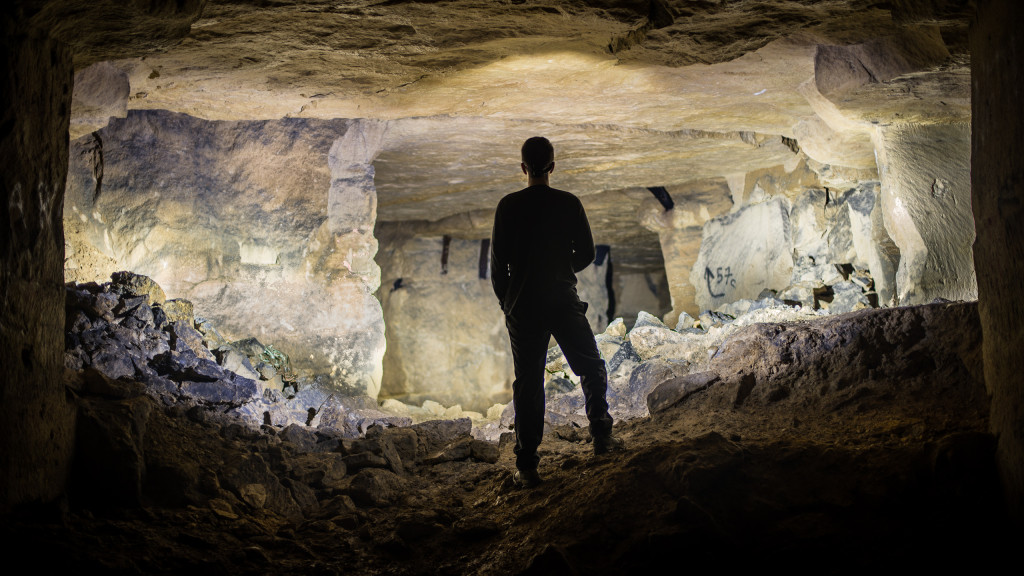 I’ve still got a lot more to see…

In the mean time, if you like this then you’ll love my adventurers and sense of place portfolios.